The Construction of Cannabis: What Are Cannabinoids? 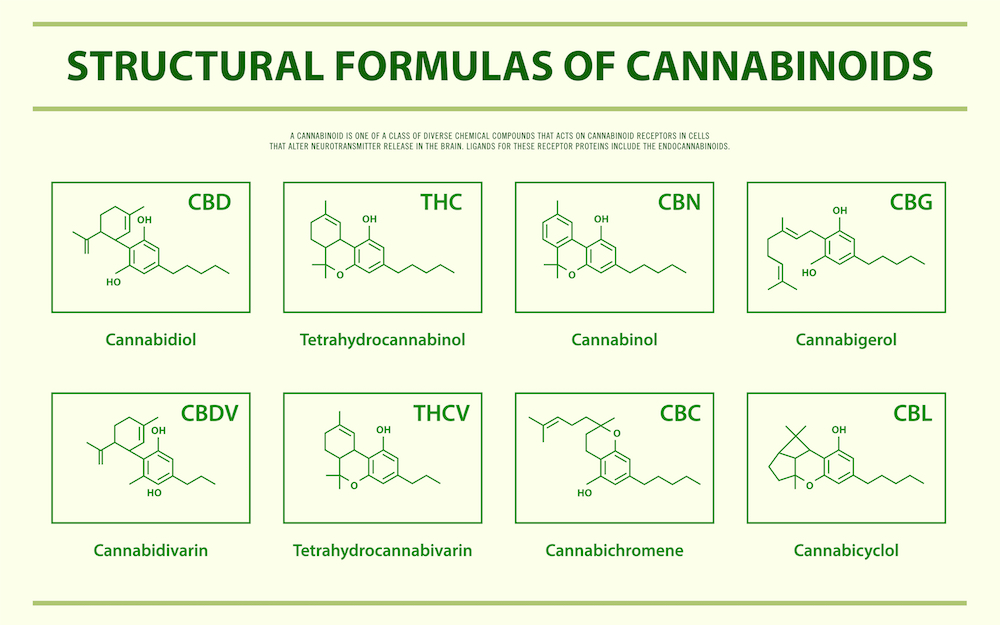 Are you someone that is curious about the world around you? Do you find that you want to know more about what’s in something rather than just using it and not knowing the difference? Then you’re in the right place!

Today’s article is going to be focused on understanding what cannabinoids are. Anyone who uses CBD or cannabis-based products should be aware of cannabinoids and what role they play in the function of these items. Still, we know that this information isn’t something that we get taught in school.

Get ready for class, everyone! Phytoextractum cannabinoid class is now in session.

The chemical compounds that make up cannabis are known as cannabinoids. There are more than 100 different cannabinoids in cannabis, and each strain has a unique combination of cannabinoids in it. Each cannabinoid works differently in the body, so the effects that they have differ widely.

You may have heard people talk about how different strains of cannabis have different psychical or psychological effects. Have you ever wondered why that is?

Simply put, that is because each strain has a unique combination of cannabinoids, so the way that the compound interacts with your body is different.

How Do Cannabinoids Interact In The Body?

Our bodies have something known as the endocannabinoid system. This system is full of endocannabinoid receptors, and these receptors are the areas of the body that interact with the cannabinoid compounds. When each binding occurs, a different effect or reaction may happen in the body.

Since there are so many different cannabinoids as well as different types of receptors throughout the body, there are different reactions that your body may have

There are a lot of different effects that can be caused by the interactions that cannabinoids have with the body. In fact, some cannabinoids cause more than one effect. A lot of research still needs to be done into cannabinoids, but it has been found that many issues may be helped with cannabinoids.

There are many resources you can use to keep up-to-date on the latest research on cannabinoids and their benefits. We’re excited to see what future research into cannabinoids will help us discover.

The Most Common Cannabinoids

Though there are hundreds of different cannabinoids, there are a few that are more commonly known than others. In particular, most people know about THC and CBD. Both of these cannabinoids are incredibly powerful and interesting, but they aren’t the only ones.

Let’s take a closer look at both THC and CBD as well as some other unique cannabinoids; you might be surprised at what you learn!

As mentioned, these are the big players in the world of cannabinoids. These two have some of the strongest and most recognizable effects of all of the cannabinoids, and they are also present in very large quantities.

CBD has incredible benefits, and it is now being used in both medicine (Epidiolex, recently approved by the FDA) and at-home health concoctions. CBD is not psychoactive; this means that it will not make you high when you use it. From CBD oil to CBD edibles, there are many different ways that people are using this cannabinoid to ease their everyday aches and other problems.

THC, on the other hand, is psychoactive. THC is typically the cannabinoid that is responsible for feeling high when cannabis is used, but it isn’t the only psychoactive cannabinoid out there. THC is present in very large quantities in some strains of cannabis; in others, it can barely be traced.

The next cannabinoid that we want to introduce is CBC, also known as cannabichromene. The amount of CBC found in any cannabis strain tends to be very small, but it is still effective. In fact, this is one of the cannabinoids that most full-spectrum products will make sure to include because of how it rounds out the overall treatment plan.

The endocannabinoid system in your body contains fewer CBC receptors compared to the number of THC and CBD receptors. As such, CBC on its own would not have a very large effect. When used in combination with a full-spectrum product, however, CBC’s presence can activate more receptors.

The CBC receptors studied so far seem to mostly affect the digestive and immune system.

Now, let’s talk about CBN, also known as cannabinol. Like THC, this is a cannabinoid that does have some psychoactive effects. The effects, however, are not as strong as those of THC. In fact, it is interesting how the two are linked. CBN, as far as it has currently been studied, only seems to show up in strains that also contain THC. Why is that?

It’s actually because CBN is a side product of THC’s oxidation process! As cannabis plants that contain high amounts of THC get older, the THC oxidizes and creates CBN. Depending on the age of a plant, the ratio of CBN and THC will differ, and that is why there is some commonality between the two.

More than psychoactivity, CBN is known for sedation effects. It can make you quite sleepy! If you eat old edibles or use older cannabis plants in any way, it’s quite possible for this effect to occur. This is because of the THC oxidation.

CBG is another non-psychoactive cannabinoid. CBG, also known as cannabigerol, forms very early in the cannabis growing process. As more and more CBG is created, the presence of this cannabinoid triggers the THC and CBD formation.

The effects of CBG are similar to those of both THC and CBD, and that is likely because of how they are linked. CBG is a great for nervousness and restlessness, and it also may have a number of other effects on mental health.

As CBG is studied more and more, we believe that it is possible that links to other cannabinoids might be found. Since there are so many cannabinoids that haven’t been studied very much, we can’t wait to see what else will be learned in future years!

The Kratom Industry & Fair Trade Practices: What We Are Doing

How Does the Body Absorb CBD?

All About The Environmental Impact of Kratom

Advocating For Kratom In Pandemic Times: How You Can Help

Where To Safely Buy Kratom (Hint: It’s NOT Amazon!)

Kratom Ads: What’s Allowed and What’s Not? | Why It Matters

Pronouncing Kratom: What Is The “Right” Way?

Traveling With Kratom: What You Need To Know