Can You Spot The Differences Among Cannabinoids? 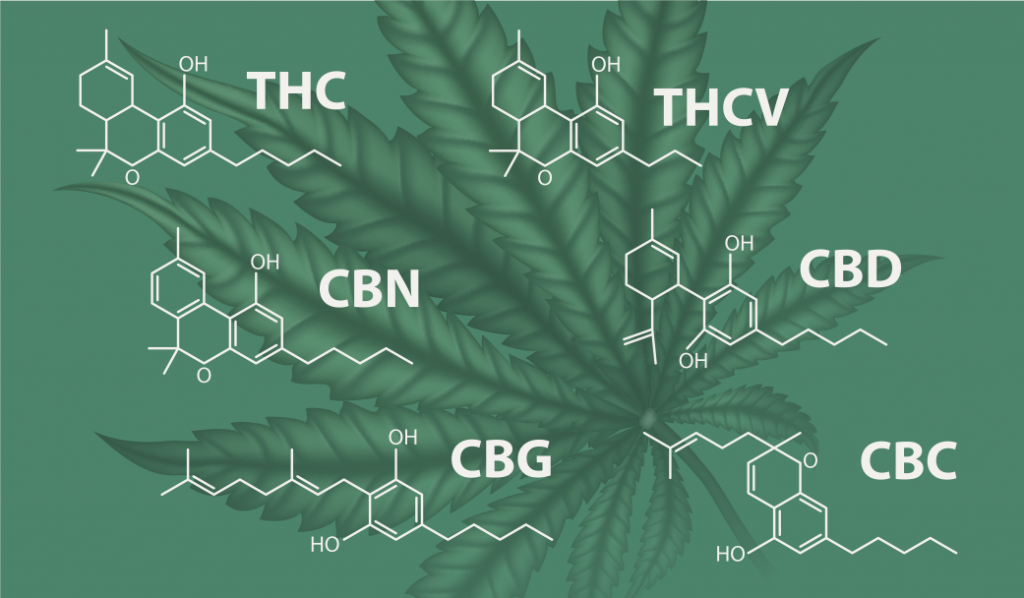 As CBD oil and other cannabis-based products grow in popularity, the range of common knowledge about the scientific facts of these products is growing, too. Many people have heard of THC and CBD, and they are also aware of the ways that these two substances affect the body when cannabis products are used.

What a lot of people are still unaware of, however, is that THC and CBD are just two of the many cannabinoids that can be found in cannabis. Each individual cannabinoid can have effects on the body, and some are found in larger quantities than others.

Let’s learn about what a cannabinoid is, why THC and CBD seem to be the only well-known varieties, and what else is worth learning about some of the lesser-known cannabinoids that come from cannabis!

What The Heck Is A Cannabinoid?

Cannabis is full of naturally occurring chemical compounds. These compounds are known as cannabinoids, and they cause various physiological and psychoactive effects when cannabis products are used. Most strains of cannabis contain more than 100 different cannabinoids, and some strains may even have twice as many!

How Do Cannabinoids Work In The Body?

Every person has an endocannabinoid system in their body. Much like the nervous system, this system responds in different ways when chemical compounds bind to the system receptors.

In the endocannabinoid system, cannabinoids will bind with the various endocannabinoid receptors. When this bind occurs, some effects may be noticed or felt in the body. The exact effect will depend on which set of receptors it binds to and how fully it binds.

THC and CBD are the most well-known cannabinoids among all of the cannabinoids that are found in cannabis. This is mostly because they have the most obvious effects, and they are found in the largest quantities depending on which strain of cannabis you are looking at.

Many cannabinoids have been studied to various degrees, and we can expect more to be unraveled about these interesting compounds as time goes on. For now, however, we can say that there is the potential for cannabinoids to help with a variety of health and wellness issues, and there is much anecdotal evidence as to their effectiveness.

Differences Among Other Cannabinoids

What are cannabinoids other than CBD or THC going to do if they enter your endocannabinoid system? Let’s find out a little bit more about these cannabinoids and why they matter as well.

CBG is a sort of mother hen cannabinoid. The full name for CBG is cannabigerol, and it is a non-psychoactive chemical substance found in cannabis. When the cannabis plant is growing, CBG is one of the very first compounds that is created by the plant. The presence of CBG in cannabis allows for the formation of THC and CBD.

Because of this parental nature, many of the effects that have been studied of CBG are similar to those of THC and CBD. CBG does stand out in its ability to fight off anxiety and other mental health issues thanks to the specific way that it binds with the endocannabinoid system.

There have even been studies that show CBG may have positive effects on the symptoms of Huntington’s disease! In time, it can be expected that more clear answers about how CBG works in the body and what it can treat will be discovered.

Another cannabinoid that is worth learning more about is CBN. Also known as cannabinol, this is a very powerful cannabinoid that has some psychoactive effects. The effects are not nearly as strong as those of THC, but they are worth mentioning.

CBN is known for inducing sleepiness, and it is only present in cannabis strains that also contain THC. CBN is actually a by-product that forms when THC oxidizes. This means that older, dried cannabis plants will have very high levels of CBN and low levels of THC, while fresh plants will see the opposite effect.

If you have experience with cannabis products such as edibles or topicals, you may have noticed that they seem to cause you to get sleepier as they get older. Or maybe you’ll notice it for the first time after reading about CBN today! That is because the CBN overpowers the THC as the product oxidizes, and this leads to more physically relaxing effects.

Cannabichromere, also known as CBC, is a cannabinoid that tends to appear in very small amounts whenever it shows up in a type of cannabis. Though it isn’t present in large amounts, it is nearly always included in full-spectrum CBD products that seek to use more of the natural power of cannabis.

CBC binds with specific receptors in the endocannabinoid system that are less numerous in the body compared to the receptors that bind with THC and CBD. This means that the effects of CBC are much gentler, but they are still present. That is why it is typically used in combination with other cannabinoids.

The effects of CBC are not psychoactive, and they seem to focus on the digestive and immune system about others.

As you can see from just these few introductions to lesser-known cannabinoids, there is a lot that we are still learning about cannabis and all that it has to offer! While CBD is becoming a common and useful product for many around the world, there is more waiting to be unlocked within cannabis thanks to all of these different cannabinoids.

If you are interested in trying some of their effects, we recommend finding a full-spectrum CBD oil or product to try. Full-spectrum products contain more than just CBD cannabinoids, so you can get a balanced set of effects from the included cannabinoids.